See the latest in build updates. 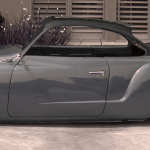 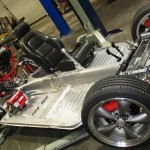 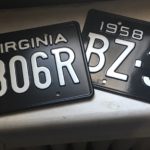 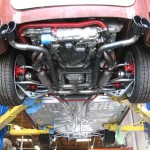 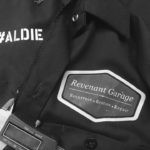 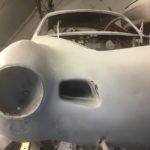 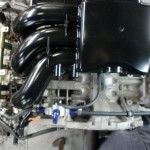 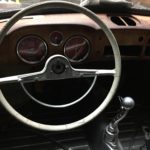 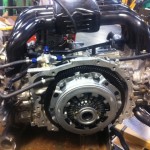 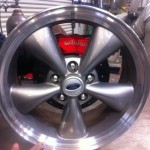 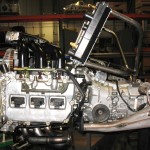 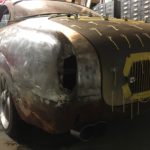 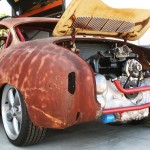 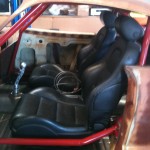 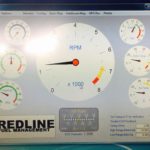 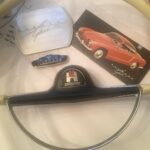 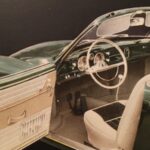 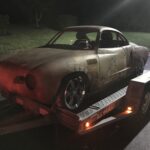 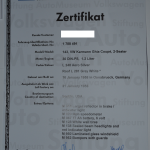 Karmann Ghia birth certificate – all the way from Germany. 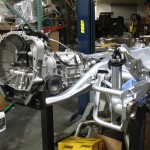 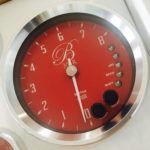 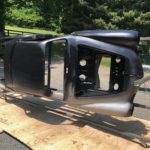 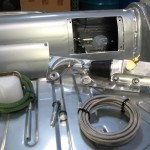 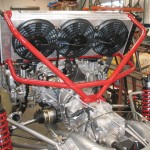 Hello People on the Internet!

Many years ago, I owned a Porsche 911 and really loved the car. I also owned a ’81 Volkswagen Scirocco S (“the Rocc”) that was a mildly built sleeper. Both cars were a lot of fun for various reasons. Life caught up with me, priorities changed and both cars drifted away.

Recently, I was fortunate enough to start a project that would bring back some of the fun derived from owning both of those cars. I had considered buying something like a JCW Mini, especially after driving my business partner’s car a few times. It reminded me of the Rocc and always put a big grin on my face when Leo reached for the grab handle as I brake slid into his parking space! But as cool as the JCW was, it was not to be. Besides as you’ll see below, the only thing Italian about the Mini was them being featured in The Italian Job.

The overall vision is to have an extremely light weight car, a very unique and sexy body, great handling and super strong, reliable power. Given these requirements and about a year of research, I believe the right mix was found. Here’s the thinking:

The Karmann Ghia body was actually designed in Turin, Italy and it’s my personal opinion that it’s a very classy and sexy design. You don’t really find that many around even though Volkswagen made quite a few of them from 1955 to 1974. Within the Karmann Ghia model runs, I think the best looking are the “low light” series built from 1955 to 1959.  Low lights get their name because the head and tail lights drop lower on the body than later Ghias.  Others tend to agree with this view and low lights are becoming more and more rare. And finally, it’s cool that the low light Ghias were all hand assembled, resemble 911s and have a larger rear engine bay.

Underneath the Ghia sits all standard VW bug parts (minus a wider pan). Volkswagen made over 21 million beetles. This means that there is a large parts supply and community around this platform. Unfortunately as some air cooled tuners have recognized, the secondary market for quality parts is dwindling fast. Many complain that cheap Chinese parts are dominating the aftermarket and there aren’t many quality sources left. So, at the end of the day, a low light Karmann Ghia basically gives you a hand-built car of Italian design on a cheap platform but with absolutely no performance worth mentioning.

People are putting Subaru engines into air cooled VW platform cars. Most people are putting naturally aspirated 4 cylinder engines and radiators. The great thing about the Subaru platform is that, just like VW, the engines are horizontally opposed. It’s as if Subaru continued developing the VW engine. These engines fit very well in the older VWs – almost as if they were made for each other. One of the goals of this project was to have 300+ HP from the motor. The easiest way to do this with a “Subie” is to use one of the turbo’d 2.5L 4 cylinders. Many of those motors look like something out of Fast and Furious and the fitment of the turbo’s, cooling, etc looked out of place. I wanted something more clean looking that wasn’t already on the edge – plus, the rumble, rumble of the WRX crowd is all too common. The other alternative, and the one we’re taking here, is to use the often overlooked and under appreciated Subaru flat 6 cylinder. This is the closet thing to an affordable Porsche flat-6 that you can buy. It makes great power without the turbo plumbing and is only about an inch longer and 75lbs heavier than the Subie 4 cylinder. This motor sounds nothing like the 4-cylinder and some have said that with 6-to-1 headers, it’s very Ferrari like in both rev and sound. Being a Japanese motor, reliability is very strong and you can walk into any Subaru parts department and have quality parts either in stock, or delivered very quickly. I had considered VW Type 4 motors, Porsche 6’s, etc but none provided the price, performance, reliability ratios of the Subaru 6 cylinder. I have no intention of ever seeing another ridiculously expense 911 service invoice.

1950s technology won’t cut it for this project, so the idea here is to start with the standard VW chassis and heavily upgrade it to meet modern day performance and safety characteristics. The Type 1 chassis setup allows the car to be lowered with wider rear wheels, again very 911 like. We’ve chosen Mendeola for this work as they have many years of experience in both the suspension and Subaru engine fitment.

The final piece is my own vision for making this car my own. I’ve called it the “Basilari 306R” because my last name is Basil. I chose an Italian name in homage to my friend and business partner Leo Iantosca who recently passed. “Basilari” in Italian means “fundamentals” or “basics“. The basics in this sense have been somewhat inspired as the people’s version of Carroll Shelby‘s Cobra – a light car, with big power. The 306R model designation follows Ferrari’s older naming convention, meaning a 3.0L six with the “R” denoting the Subaru EZ30R version with variable valve control. The final color will be something between the ’50s era Karmann Ghia dolphin blue and graphite silver. The new color will be called Blue Ridge Silver in deference to the Blue Ridge Mountains of Virginia. The top will be “frozen black” as seen on the newer BMWs. Seats are currently black leather from an Audi TT.

So, welcome to the site and check back every now and then – might be a few years before she’s done..